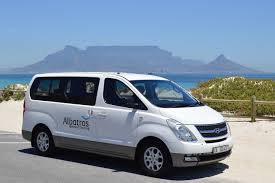 Destination Wild is a tourism company that provides safe, reliable and comfortable transport for all tourists local and international.

We provide transport and accommodation throughout South Africa and cross border in wild destinations.

Think of Zimbabwe and think of one of the best places for seeing wildlife in Africa.

The landscapes of Zimbabwe are truly beguiling, from the lush Eastern Highlands and the ethereal rock paintings in Matobo National Park. Hwange National Park, Zimbabwe’s largest with over 100 different species of mammal and over 400 species of birds should not be overlooked.

There is also Mana Pools – a vast area of rock pools, streams and forests hollowed out by the Zambezi River and packed with wildlife. Indeed Manu Pools National Park, during the winter months has the highest concentration of wildlife in Africa and is a great place to go on safari. Another is Lake Kariba, one of the largest man-made lakes in the world, the shores of which are populated by buffalos, impalas, zebras and elephants.

And of course, the spectacular Victoria Falls, the largest curtain of falling water in the world is one of those must-see sights. Its indigenous name, Mosi-oa-Tunya, literally translates as ‘the smoke that thunders’ – visit it and you’ll find out why. While you’re in the area you can cross over into Botswana and combine your trip with a visit to the unspoiled watery wilderness of the Okavango Delta.

Culturally speaking, Zimbabweans are warm and welcoming and there is a wealth of arts, crafts and music to enjoy.  There is also the Great Zimbabwe National Monument – sub Saharan Africa’s most significant set of ruins – providing evidence of a great medieval civilization in this region.

Zambia shares the Victoria Falls with Zimbabwe. A visit to Livingstone should not be left off the itinerary either. This historic town on the Zambezi offers everything from fine dining to adrenaline adventures and is an ideal place to stay if you are visiting the Falls.

Below are some of the set tours we offer in Zimbabwe but please contact us if you would like us to arrange a tailor-made itinerary to some of this country’s many highlights. If you want to see it, we can arrange it!

Famed as the birthplace of the safari (the word means ‘journey’ in Swahili), and the setting for the Danish writer Karen Blixen’s ‘Out of Africa’ – travel in Kenya evokes feelings of exploration and adventure upon the wide African savannah, wildlife galore and sunsets to die for.

Giraffes, lions, zebras, rhinos – in fact all the animals that we are so familiar with from nature documentaries are here. What’s more, there is the Great Rift Valley with its soda lakes and flamingos, spectacular trekking on Mount Kenya and a host of other wildlife packed game reserves, including Meru, Tsavo and Amboseli.

With this abundance of game on view, and the stage for one of the world’s greatest natural phenomena – the annual Great Migration – a Kenya tour is one of Africa’s must-dos for wildlife lovers, bird spotters and adventurer travellers alike.

Stunning scenery aside, Kenya also displays a wealth of cultural diversity and is a fascinating and rewarding destination. Most people have heard of the Maasai tribe, but there are many other cultures in this diverse country, including of course the Swahili who mostly inhabit the coastal regions and whose culture is closely tied to the Indian Ocean and Arabia.

The coast, in fact, is one of Kenya’s biggest draw cards. With white sandy beaches, tropical islands and romantic sunset cruises, many couples opt to spend their honeymoon in this tranquil paradise. For the active holiday maker there are numerous things which do not involve lying on a beach, such as scuba diving, deep sea fishing and various water sports at beach resorts.

And most tour packages in Kenya will involve a stay in Nairobi, which is certainly one of the most animated and spirited African cities, and is home to numerous quality hotels.

Tanzania is a land of extremes. Home to Kilimanjaro, Africa’s highest mountain, and its deepest and largest lakes, the country has the world’s largest game reserve and one of the most spectacular natural sights in the world – the annual Great Migration.

Tanzania is the wildlife safari destination – simply put, it has it all, and you can seek out the Big Five here. With 25 percent of its land surface area enjoying protected status the country is home to some of the most famed game parks in the world, including the Serengeti, the Ngorongoro Conservation Area and Selous Game Reserve.

Tanzania will delight any person seeking a genuine safari experience. In the south lies Selous Game Reserve which, at the size of Switzerland, is the largest game reserve in the world. It is here that you will get to experience incredible wildlife viewing, with great sightings of the endangered African Wild Dog, amongst other animals. While in the west of the country you will also find Mahale National Park and Gombe Stream, which was made famous by Jane Goodall and her chimpanzee research.

But Tanzania has another side. After a safari, it is always great to spend some time relaxing by the sea and Tanzania again does not disappoint. With miles and miles of long white beaches and incredible coral reefs on the exotic ‘spice islands’ of Zanzibar and Pemba, you’ll get the chance to relax in your own Indian Ocean paradise and while away the days sampling exotic seafood dishes and watching beautiful sunsets. It’s little wonder that this part of Tanzania is a popular honeymoon destination.

For those up to the challenge we have our very own Kilimanjaro expedition outfit offering a variety of routes with varying levels of difficulty on Africa’s highest mountain. Our guides are experienced and hardy and a Kilimanjao expedition in their company will be an unforgettable experience.

In fact, Tanzania has so much to offer and is so diverse that the only way to really get an idea is to go and explore it yourself. So whether it’s diving on coral reefs of Zanzibar and exploring the tropical town of Stone Town, or trekking up Kilimanjaro and seeking out the Big 5 on the open plains, a tour of Tanzania is sure not to disappoint even the most expectant traveller.

Mozambique is without a doubt Africa’s hottest up and coming destination.

Decades of civil strife have kept this country off the tourist trail but now stability has returned and the result is an opening up of this beautiful and unspoiled country.

Visitors can now enjoy sipping espressos at street cafes in the capital Maputo, go on safari in Gorongosa National Park or dance to Mozambican marrabenta music in a steamy night club. The pace of life is still slow in the country and the people are warm and friendly.

But for most travellers the lure of Mozambique can be summed up in one word: beaches. The country has an incredible 2,500km coastline, liberally sprinkled with sandy islands and hidden lagoons. It is one of the few places where the word pristine still applies and visitor numbers are increasing year-on-year, drawn by the promise of a tropical paradise of warm seas, coral reefs and barefoot luxury accommodation.

Perhaps this is why the country is a magnet for scuba diving and deep sea fishing. Visibility beneath the waves is astonishing and the marine life is diverse and flourishing. Many of the dreamy desert islands now have luxury lodges on them offering you the chance of getting away from it all and soaking up the African sun in comfort and style.

Below are the tours and accommodation options we offer in Mozambique. If you can’t see anything that appeals then please get in touch and we will arrange something tailored to your needs.

When people go on safari in Botswana they expect to find untamed nature and unspoiled landscapes.

They are not disappointed. Often described as an African success story, the country is well off by regional standards, partly on account of its diamond mines.  As a result the government encourages high-cost, low-volume tourism, meaning travellers can expect a relatively exclusive game-viewing experience when they go on safari.

And what a country to go on safari in! The Okavango Delta remains the country’s main tourist destination, which is not surprising when one considers the amount of wildlife to be seen here. It is the largest of its kind in Africa and an important source of life for the whole country. Its waterways spread out like fingers to the dry areas of the Kalahari Desert in the south and the whole system is clearly visible from space on satellite images. It is a unique ecosystem which has been recognized by UNESCO as a natural World Heritage Site.

Most visitors head for Chobe National Park, which has some of highest concentrations of wildlife in Africa, including around 120,000 elephants. The best time to visit is during the dry season, from April to October, although bird watching is best done between November and March. The park is spectacular at any time of year and a visit here can be combined with seeing Victoria Falls.

Another draw card is the Moremi Game Reserve, which is like an oasis of life in the otherwise harsh Kalahari. Game is profuse, with lions, leopards and cheetahs being a common sight. It’s a watery world of lagoons and channels, and the accommodation here is excellent.

Any trip to Botswana should also include a visit to the amazing landscapes of the Kalahari Desert with its large golden sand dunes, acacia trees and open plains of grass. This is the home of the indigenous San people, also known as Bushmen, who have lived in the area for 30.000 years and are skilled hunters.

Botswana has so much to offer safari enthusiasts that it should not be overlooked – but don’t take our word for it, go and see it yourself!

Your cart is empty.