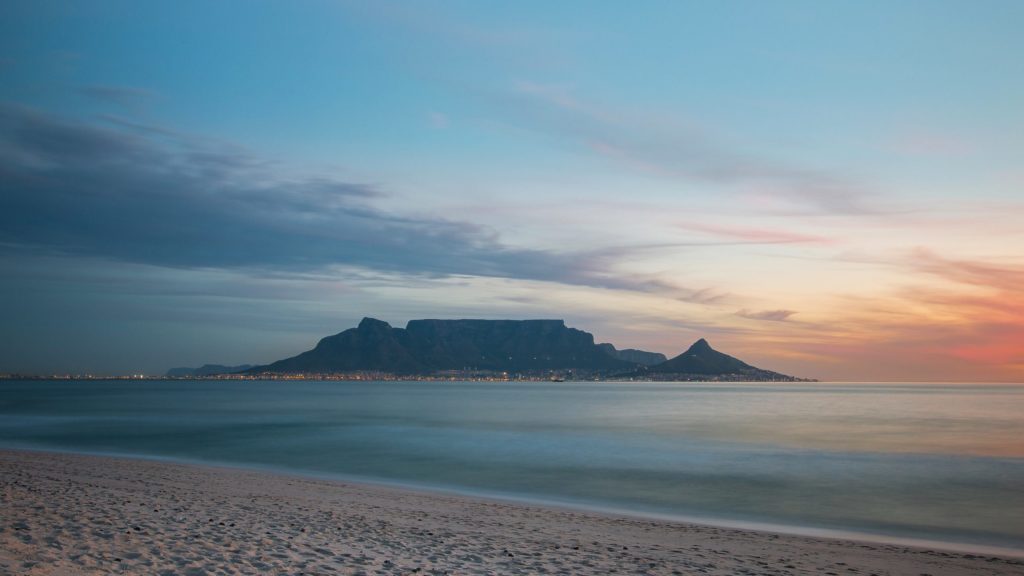 BEACHES OF SOUTH AFRICA: FROM SEA TO SHINING SEA

South Africa has a lot of coast and along it are some of the best beaches in the whole of Africa. From the pristine sub-tropicalcoast of KwaZulu Natal to the dramatic and empty shores of the Eastern Cape, the beaches are mostly wild, empty and free. Cape Town,  the Garden Route, Eastern Cape shores and the South Coast of KZN have the internationally known Blue Flag Beach status. This means that the beaches are maintained and safe to swim.  Cape Town’s Atlantic seaboard is the perfect place to spend a summer afternoon followed by watching the magnificent sunsets. Winter in Cape Town also produces spectacular sunsets, but there is no swimming!

There are plenty of activities to take part in along the coast if lying in the sun is not your thing. Wildlife spotting is easy, withcolonies of penguins and seals making their homes here, as well as whale and dolphin spotting boat rides. And, of course, the waters off South Africa are famed as the habitat of Great White Sharks, and you can see them up close and personal on a shark cage dive. Thankfully, an uninvited encounter with a Great White shark is a rarity and many of the popular beaches have nets to stop predators getting into the bathing areas.

South Africa’s beaches are also a haven for water sports enthusiasts, and are a magnet for surfers. Some of the best surfing spots in the world are in South Africa, the Jeffery’s Bay Super Tube wave is internationally recognised as a challenging, but so rewarding, breaks. See if you can catch a barrel wave while you are here! Scuba diving, paragliding and deep sea fishing are some of the other things that attract people here.

In KwaZulu Natal its not just the water that is warm, it’s the weather as well, which makes this a year round beach holidaydestination. North of Durban you can explore pristine beaches, rock pools and wetlands areas. Umhlanga Rocks is a favorite with South Africans and has all beach activities. South of Durban is the Golden Mile of perfect swimming and surfing.

The Eastern Cape also has warm waters and many surfing hotspots. Visit the Wild Coast for hard to reach surf spots and quiet pristine beaches. Port Elizabeth and East London and surrounds have great beach spots, resorts for family holidays and miles of white sand. This province is home to Jeffries Bay and the holiday town of St Francis Bay.

Along the Garden Route you can stop at Plettenburg Bay, Buffels Bay and Victoria Bay. All offer great swimming and surfing.

In the Western Cape, you are spoilt for choice. Hit the surf spots of Muizenburg and Fish Hoek, there are also some great walks along the coast here. Also relax at Boulders Beach and swim in the crystal clear water, but remember – you have to share the water with the local penguins! Visitors love Bloubergstrand as this is where you have full facing views of Table Mountain, where you can surf and kite surf. There are also spectacular sunsets.

Camps Bay, Clifton and Llundudno are on the Atlantic seaboard. Here you can relax on the beach, soak up the sun and watch fantastic sunsets. There are waves to surf, especially in Llundudno. This area is also known as “millionaire’s row” and used often in fashion and film shoots.

Your cart is empty.